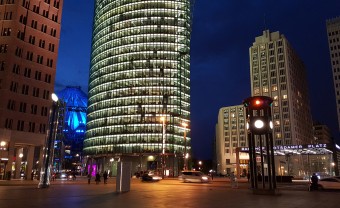 The WPT is headed for one of Europe’s most exciting cities in January with a massive poker festival at Casino Spielbank in Berlin. We are Official Travel Partner for the WPT European Championship which runs January 5 to 15 with a televised Main Event and €1,600,000 guaranteed in overall prize pools.

The event is set is to be one of the highlights of the 2018 poker calendar with 20 tournaments over 15 days of amazing poker in the heart of this vibrant city.

The festival kicks off with the €500,000 guarantee, WPTDeepstacks Main Event on January 5. The four-day tournament, which has a €1,500 buy-in and two start flights. The final, which will be live streamed, is on January 8. The €1,000,000 guarantee WPT European Championship starts January 10; the €3,000 + €300 buy-in event has two start flights and the final will be filmed for television as well as broadcast via a live stream.

The WPT Berlin schedule also includes the €100,000 guarantee Pokerfloor Cup and a €10,000 + €5,000 High Roller Progressive Bounty plus a wealth of satellites and other side events. WPTDeepStacks has been going strong right across the European region this year, crowning seven main event champions in total.