Day 5 of the WPT LA Poker Classic wrapped up earlier than expected last night, primarily because Daniel Strelitz knocked out three of the last four players on his way to a massive chip lead. 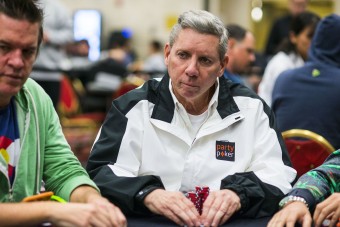 Strelitz leads a tough final table which include veteran WPT commentator and WPT Montreal champion Mike Sexton. Sexton, who was inducted into poker’s Hall of Fame in 2009, is now in with a shot at joining the very small elite of players who have won two WPT titles in the same season.

Also among the final six competing for a $1 million first prize are poker pro Jesse Martin, chess player Richard Tuhrim and Bulgarian WSOP bracelet winner Simeon Naydenov. Martin has a prolific poker tournament career with 74 cashes and nearly $2.4 million in career earnings; his biggest score was $594,570 when he finished third in the $50k Poker Players Championship at the 2014 World Series of Poker.

Among those who cashed on Day 5 were Joe Serock, Dzmitry Urbanovich and Rainer Kempe.