Farrell in top 10 – and two Brits leading at WSOPE 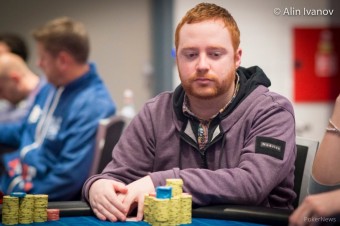 Niall Farrell is on track for another amazing result at the WSOPE in Rozvadov after winning his first ever gold bracelet in the €25k High Roller five days ago. The affable Glaswegian pro is now in the top 10 of the Main Event with just 43 players left.

There were 529 entries in all generating a €5,025,500 prize pool. The winner will get €1,115,207 with 80 paid. Among those who have already cashed are Grosvenor Ambassador Will Kassouf and Simon Higgins.

Farrell won the €25k High Roller after beating November Niner Benjamin Pollak heads-up. The €745,287 prize was the largest live cash of his career. World Poker Tour and European Poker Tour titles already under his belt, the WSOP victory awarded him the Triple Crown of poker. He won EPT Malta in 2015 for  €534,330 and the partypoker WPT Caribbean last November for $335,000. With $4.4m in total live tournament winnings, he is already ranked Scotland's No. 1 player and is now the first Scot to win a WSOP gold bracelet.