More than 60 players have already won full 2019 WSOP Packages on 888poker – and there’s still one more chance to win this Sunday.

The packages are worth a total of $12,600 and include six nights (July 4-10, 2019) at the luxurious Vdara Hotel in Las Vegas, your $10,000 WSOP Main Event buy-in, $1,000 for travel and expenses and an invite to a welcome party at the Vdara Hotel. 888 qualifiers automatically become part of the 2019 WSOP 888poker Squad with perks including exclusive training sessions with a World Champ & 888poker ambassadors.

MainEventTravel is 888poker’s Official Travel Partner for the WSOP but don’t worry if you don’t qualify online! We can still help you with all your Vegas accommodation needs. We have scores of hotels and gorgeous villas available for the whole of the World Series. 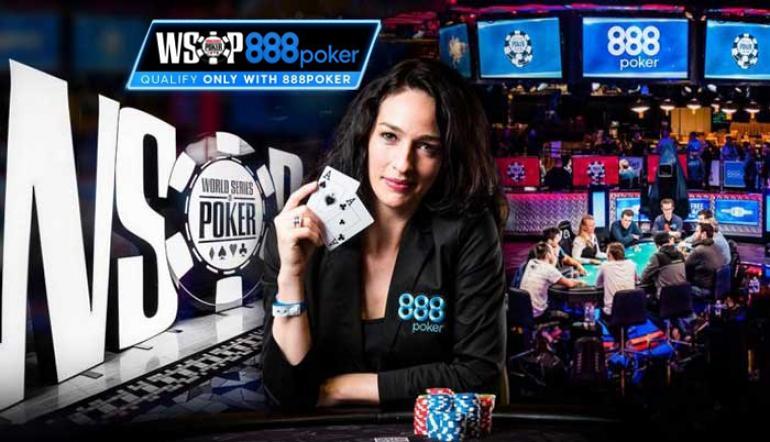 888poker has been an official WSOP sponsor for the last five years and is the only worldwide online operator offering exclusive qualifiers. The qualifiers have been running since January giving players a chance to win their way to Vegas for as little as 1c.

The flagship $10,000 WSOP Main Event Championship gets underway on Wednesday, July 3. With three starting flights, the final day for players to enter will be July 5 – and the winner will be crowned on July 16.  This year event features a 60,000 starting stack, Big Blind Ante and entry up until the start of play on Day 2.

This year, the WSOP has a record 89 events on the schedule including the hugely popular $888 CRAZY EIGHTS starting June 28. 888poker’s own tournament features unlimited re-entries and offers a massive guarantee of $888,888 for first place. Last year American pro Galen Hall snagged his first WSOP bracelet after beating the 8,598-strong field. The total prize pool was $6.9 million.

Among those attending this year’s WSOP Main Event are the full squad of 888poker Ambassadors – including Chris Moorman, Dominik Nitsche, Martin Jacobson, Sofia Lovgren, Vivian Saliba & Ana Marquez. Jacobson, who won the Main Event in 2014 for $10 million, also thrived at 888LIVE’s recent event in Barcelona, where he finished 12th.