GUKPT gears up for Grand Final

The GUKPT Grand Final, one of the UK’s standout poker events of the year, starts next week at the Poker Room above the iconic Grosvenor Victoria Casino. The full festival runs from November 18 to December 1, with the £500,000 guarantee GUKPT Grand Final Main Event starting November 28.

We are the tour’s Official Travel Partner and have great deals for London hotels including the luxurious Marriott at Marble Arch and Hilton Metropole at Edgware Road, as well as some great budget options nearby.

The GUKPT Grand Final is set to attract some of the UK’s top players including Grosvenor Ambassadors such as Joe Beevers, Katie Swift, Jeff Kimber and Andy Hills. The packed schedule also features several other tournaments such as the £30,000 guarantee Mini Main and £50,000 guarantee 25/50.

The GUKPT Grand Final follows an amazing event in Blackpool which ended Sunday with the second quickest GUKPT Main Event final in history. Blackpool smashed all previous records for the event with 423 entries in the £20,000 guarantee Mini Main and 367 entries in the £200,000 Main Event. Matt Eardley is the new GUKPT champion after taking down the Main Event for £84,550. There were 34 players in the money, all getting a share of the £367,000 prize pool, including runner-up Terry Jordon, Richard Kellett, Luke Marsh, Ben Dobson and Tom Hall. 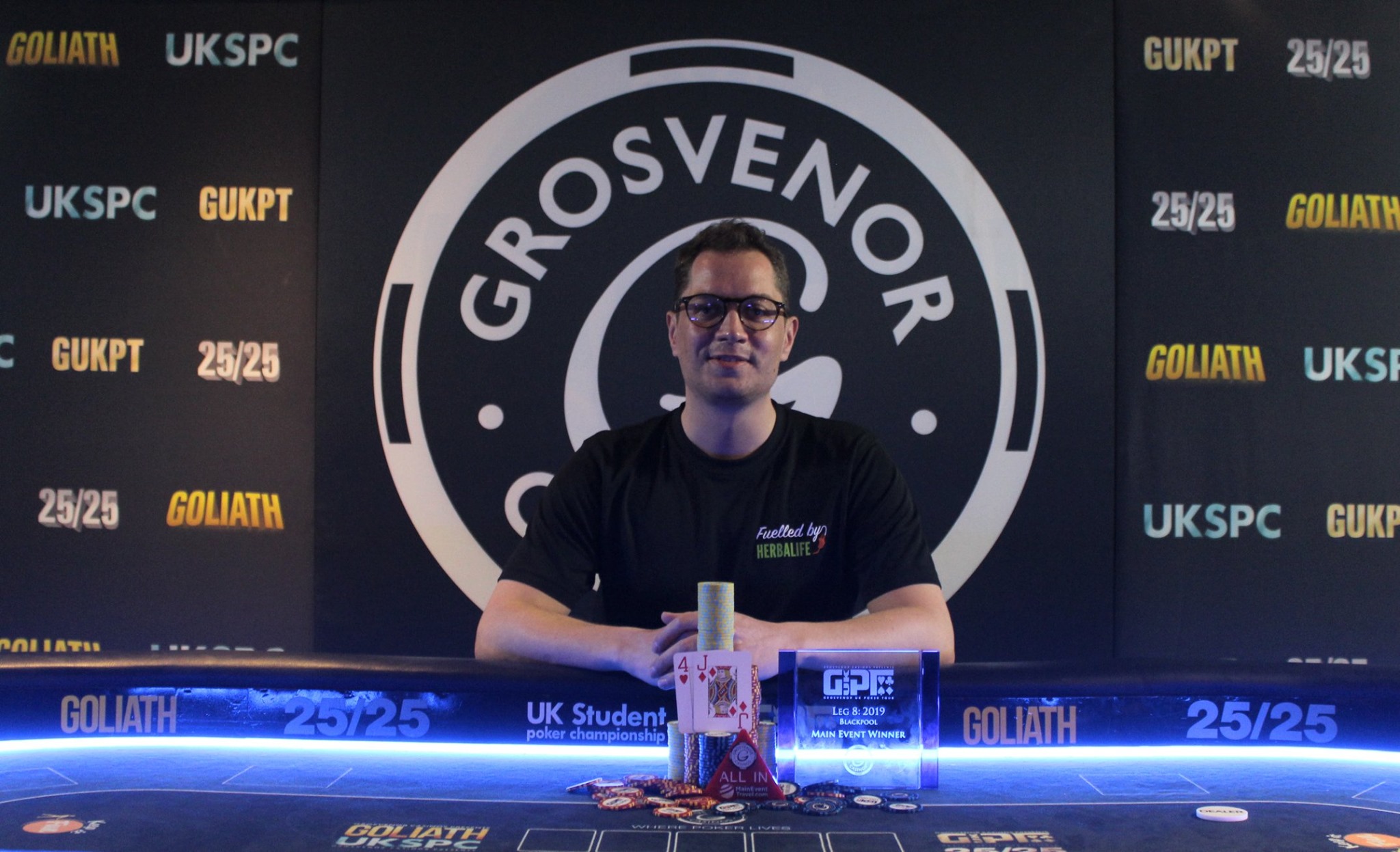 At last year’s GUKPT Grand Final in London, Frenchman Jerome L'Hostis beat a 325-strong field in the £400k guarantee Main Event to snag a career-best cash of £140,445. It was the Frenchman’s fifth appearance on the tour and he faced a tough journey to victory; the final table was awash with top-name pros including partypoker MILLIONS Barcelona winner Ludovic Geilich, Unibet Open Cannes champion Julien Sitbon, WPT Nottingham winner Matas Cimbolas and EPT London finalist Tamer Kamel who was runner-up for £110,00.

Great year for GUKPT
2019 has been an amazing year on the GUKPT with a roll call of champions that includes Chris Louch, Benard Maregedze and Cheuk Lee. Andrew Hulme, who took down the first GUKPT London last year, narrowly missed becoming a two-time GUKPT champion when he was runner-up to Vikrum Mehta in Luton last month.

Grosvenor Ambassador Jeff Kimber says the best is yet to come. He said: “The GUKPT Grand Final has £500,000 guaranteed, an amazing structure and a great range of entrants, from superstar pros to recreational players. I’m really excited for the Grand Final, the best comp in the UK this and every year.”