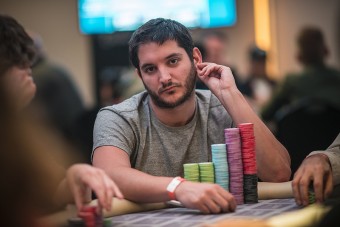 Master Classics runner-up Georgios Zisimopoulos is leading the 96 players through to Day 2 of WPT Amsterdam.

Zisimopoulos, who is ranked fourth on Greece’s all time money list, has 222,500, just ahead of Day 1a chip leader Sebastian Ruiz from Chile on 210,500.

Around 200 entries players have entered so far, in a bid to become the next WPT Champion and have their name etched onto the WPT Champions Cup. Day 2 starts at 2pm CET and players can enter up until the start of play.

Zisimopoulos will be looking to better his previous best performance when he was runner-up to Jussi Nevanlinna in the 2015 Master Classics of Poker for €178,616. To date, he has more than $1.4m in live tournament winnings which include winning the Italian Poker Tour Main Event in Malta in 2015 and a host of other great cashes on the European Poker Tour. 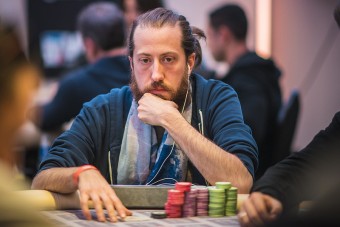 whole host of pros including members of Team PokerStars were in action early and survived the day: Chris Moneymaker (16,000), Jake Cody (31,000) and Lex Veldhuis (23,600). Other notables through to Day 2 include near-legendary High Roller crusher and EPT Grand Final champion Steve O’Dwyer (84,500) along with High Roller winner Rob Hollink and former WPT Champions Juha Helppi (who finished third in the WPT High Roller), and Giacomo Fundaro who was 12th here two years ago.