WPT off to Brasil for first time 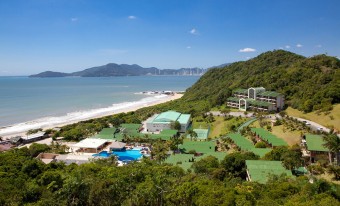 The WPT has announced its first ever stop in Brasil this August. WPT Brasil will take place near the major beach resort of Camobriú near Santa Caterina.

MainEventTravel is the tour’s Official Travel Partner so check out our great hotel deals for WPT Brasil.

The event, presented by Brasil Poker Live – part of the Aconcagua Poker Network – will take place at the stunning Infinity Blue Resort & Spa Camboriú Brasil. The R$1,500 Main Event is scheduled for August 23-29 and features a R$2 million guarantee.

The R$1,500 Main Event features a re-entry format, with registration open until the sixth level of the event. Online satellites begin June 12 on Brasil Poker Live.

WPT Brasil is the second event that the World Poker Tour is planning in South America this year. In May, WPT announced its first-ever televised event in the region as part of the WPTDeepStacks Uruguay festival running October 31 – November 5.

“We are proud to partner with the World Poker Tour for the company’s first event in Brasil,” said Marcelo Toscanelli, Country Manager of Brasil Poker Live. “WPT Brasil marks an important new chapter for poker in Brasil, and one we believe the players will enjoy being a part of. There are many great players here in Brasil and the surrounding regions of South America, and we look forward to seeing their talents on display in a prestigious World Poker Tour event.”

“WPT Brasil is a natural fit for the World Poker Tour’s international global expansion,” said Angelica Hael, VP of Global Tour Management for the WPT. “With more than 207 million people, Brasil accounts for approximately half of the South American population and we are extremely excited about tapping into this new region for the WPT.”

Known as home to some of the best beaches in the world, Camboriú is the perfect location for a poker getaway. Infinity Blue Resort & Spa is located right on the shore of “Praia dos Amores” and just a short five minutes from one of the hottest cities along the Santa Catarina coast.