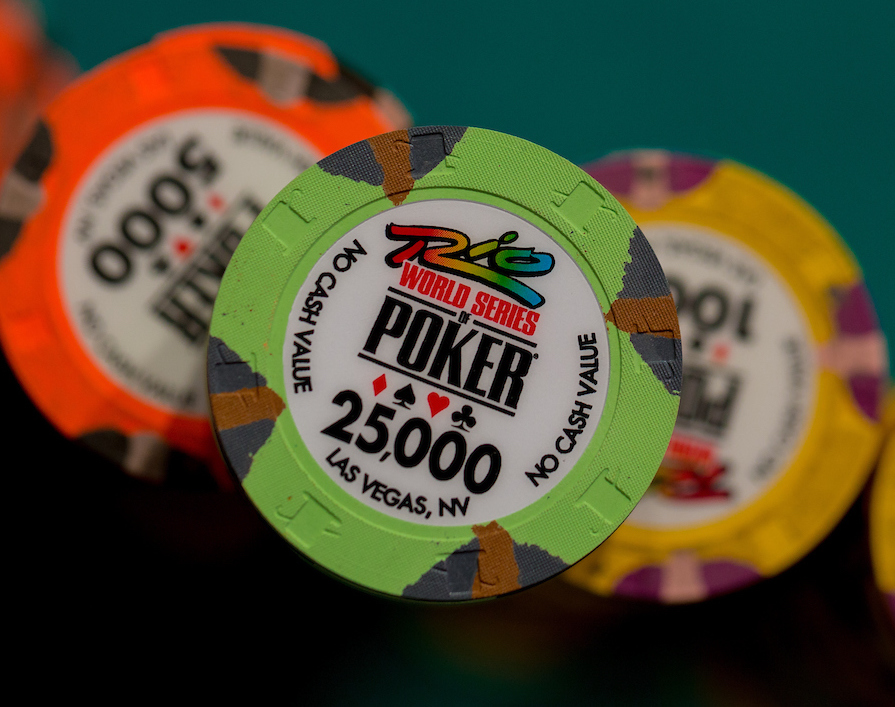 With just six weeks to go before the start of the biggest poker event on the planet, it’s time to start booking your flights and accommodation. The World Series of Poker is the world’s richest and longest-running poker series and runs at the Rio this year from May 28 to July 16 – with the $10,000 Main Event kicking off on July 3.

888poker is the exclusive provider of all WSOP online satellites but even if you don’t qualify online, MainEventTravel can help with all your Vegas accommodation needs. We have scores of hotels and gorgeous villas available for the whole of the World Series.

There’s never been a better time to compete at the WSOP because this year is the 50th edition of the series and numerous special celebratory events are being held, including a huge opening weekend featuring the special $5 million guarantee Big 50 to kick off the series.

To celebrate its anniversary, the WSOP is making everyone’s initial entry into the Big 50 tournament rake-free. All $500 of players’ initial entry will go entirely to the prize pool. The $5 million guaranteed Big 50 features four starting flights with players starting play with a whopping 50,000 in chips. The winner is guaranteed a first prize of $1 million.

The flagship $10,000 Main Event Championship gets underway on Wednesday, July 3. With three starting flights, the final day for players to enter will be July 5 – and the winner will be crowned on July 16.  This year event features a 60,000 starting stack, Big Blind Ante and entry up until the start of play on Day 2.

The winners of each 888poker LIVE Main Event held before July will each win a package to the 2019 World Series of Poker Main Event, including the 888poker Live London Kick Off and 888poker LIVE Barcelona which takes place in May.

Also on this year’s WSOP schedule are the $1,500 Millionaire Maker, the 50+ Seniors Event, the $1,000 Ladies Event, 888poker’s insanely popular Crazy Eights tourney – which guarantees $888,888 to the winner, a new $1,000 Mini Main tourney, the Colossus – now the lowest-priced bracelet event on the schedule with a $400 buy-in, plus the Little One for One Drop.

Nearly 500 poker tables will be set up across more than 100,000 square-feet of ballroom space at the Rio Convention Center to accommodate thousands of players from around the world. Buy-ins for tournaments at the Rio will start as low as $70. Single table satellites and a huge variety of games: low, medium and high limit will begin on May 28 and run 24 hours a day throughout the seven-week series.