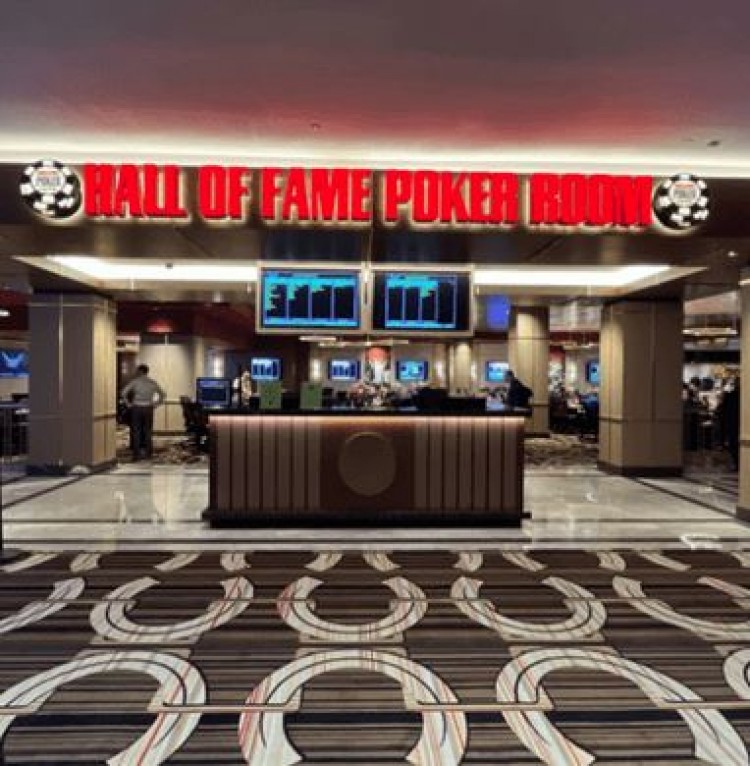 The World Series of Poker has brought some early Christmas cheer by releasing the dates for next year’s event. The 2023 Series will run from May 30 - July 18 with the Main Event kicking off on July 3.

The World Series of Poker – the richest and longest-running poker series on the planet – will return to its new home on the Las Vegas Strip: Paris and the Horseshoe Casino.

MainEventTravel is already on the case for next year’s WSOP with players able to book rooms at all the big hotels on and off the Strip including the tournament venues of Paris and the soon-to-be Horseshoe Casino.

This year’s event in June/July saw a total of 197,626 entrants from more than 100 countries compete for a record-breaking total prize pool of $347.9 million.

World Series of Poker Senior Vice President and Executive Director Ty Stewart said: "The historic debut of the WSOP on the Las Vegas Strip delivered in a big way, and we're excited to announce our Summer 2023 dates in time for the holidays. Poker players and fans can now officially mark their calendars – and maybe even book their loved ones or themselves a trip to the WSOP as a holiday gift. We're glad to be back at Paris Las Vegas and the future Horseshoe Las Vegas for another exciting chapter in the tournament's history as these two resorts raised the bar in hosting last year's event."

As well as the $10,000 No-Limit Hold'em Main Event, next year’s schedule will include a bunch of new events as well as the return of timeless classics.

The flagship opening event is the "Mystery Millions," a $1,000 buy-in No-Limit Hold'em tournament featuring mystery bounties from $10k to to $1 million, and a $1 million guaranteed first prize through the traditional prize pool. Last summer's debut mystery bounty event was a stunning success with a total of 14,112 entries and a $1,000,000 bounty won by poker pro Matt Glantz.

The 2022 Main Event was the second-largest field in the history of live poker, generating a whopping $80,782,475 prize pool from 8,663 entrants. Next year’s Main Event will once again feature four starting days to choose from (July 3, 4, 5, or 6) and players will also have the option to buy in during either of the Day 2s on July 7 or 8.

The full WSOP schedule will be announced in 2023, but notable tournaments have already been confirmed, including important weekend-anchoring events with high demand. Tournaments to get excited about include the $3 million guaranteed Gladiators of Poker, $1 million guaranteed Millionaire Maker and the $777,777 guaranteed Lucky 7s.

Jason Gregorec, SVP and General Manager of Paris and Horseshoe Las Vegas said: "With more than six months to go before the start of the next WSOP, you can already feel the anticipation building at our resorts. The tournament delivered unforgettable moments during its debut on The Strip, and we're excited to welcome back poker's premier event of the year. We can't wait to see the first WSOP Main Event champion crowned at the new Horseshoe Las Vegas."

Vegas hotels and flights on MainEventTravel.com can now be paid using Luxon Pay at checkout. MainEventTravel is the first online travel provider to offer Luxon Pay, cementing the site’s position as the world’s leading one-stop shop for poker travel.

Luxon Pay enables customers to deposit and withdraw funds in up to 10 currencies and benefit from instant currency exchange. Currencies available include sterling, dollars, and euros, and Luxon Pay is already available in over 120 countries. Deposits can be made via Visa, Mastercard, and many other alternative payment methods and is available in the App Store and via Google Play.