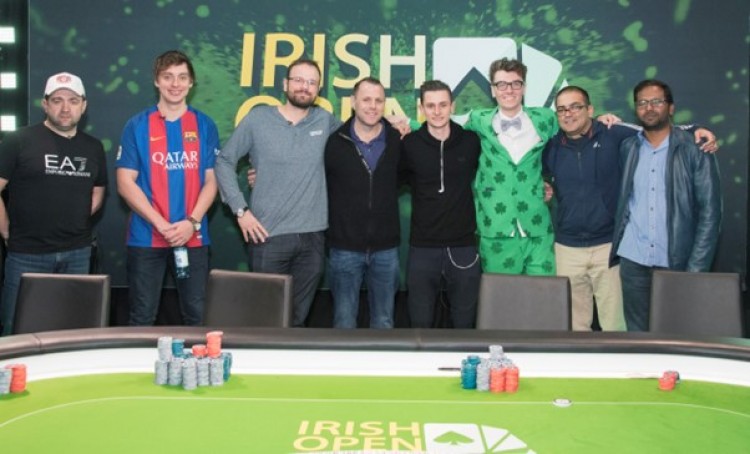 Irish poker player Chris Dowling (pictured) has become the Irish Poker Open’s first Ambassador. His role will be to raise awareness of the Irish Poker Open in Ireland and overseas, and help promote the event to players, especially those yet to try out the Dublin festival. 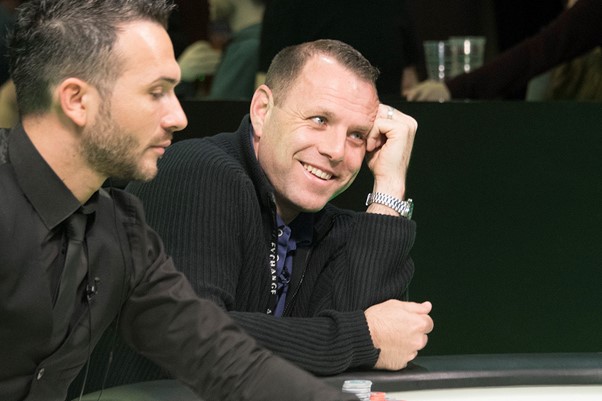 It’s a role that will come easily to Dowling as he’s a self-confessed Irish Open super-fan and it’s by far his favourite event of the year.

The Kildare-based father-of-two has played every Irish Open Main Event since 2009 and has cashed in the Main Event five times. His third-place finish in the 2017 Irish Open Main Event was one of the best cashes of his live poker career but he’s enjoyed other deep runs including 13th in 2015 and 24th the year before that.

Back in 2017, it was eventual champion Griffin Benger (pictured at Irish Open Main Event Final Table 2017) who ended Dowling’s hopes of winning that year’s title. With just three players left, Benger bust Dowling shortly after the dinner break when his AQ improved to two pair on the flop against Dowling’s A8 pre-flop shove. Dowling snagged €75,000 for his third-place finish.

Dowling, who has been running an Irish Open Last Man Standing contest at an event in Vegas  this last week, is already one of Ireland’s most successful live tournament players. The Kildare-based father-of-two has won close to $1 million in live poker tournaments and is currently ranked 23rd on the Ireland all-time money list.

He said: “There is no event like The Irish Open.  You just can’t replicate the atmosphere in the rooms and the bars.  The craic is easily the best. Poker is a very big part of the Irish Open of course but there are so many other things going on during the week; you can play poker non-stop or there are a lot of off-the-felt activities.

“The Irish Open is definitely one of the highlights of poker calendar for players from around the world but there is also a big poker community in Ireland and, money aside, this is the one tournament that we’d all LOVE to win!

“For me the Irish Open is both a poker tournament and a social event – a lot of people that I used to play against will arrive at the bar every year. The Irish Open is actually the only Dublin tournament where I always stay on site so I can have a few drinks after playing and generally just enjoy the weekend.”

When it comes to accommodation, Dowling favours the Herbert Park hotel. It’s close to the new venue at the Royal Dublin Society and is one of three hotels where MainEventTravel – the event’s Official Travel Partner – has secured special rates for players. Dowling added: “If you’re looking to stay within walking distance to the venue, I’d recommend booking early as these rooms will go fast!”

Irish Open managing director Paul O’Reilly said: “We are thrilled that Chris has come on board as our very first Ambassador. Chris is a stalwart of the Irish poker scene and a really well-respected player both at home and overseas. He is a great supporter of the Irish Open so was the obvious choice for the role of Ambassador. He appreciates the history of the event but he also loves a bit of craic off the tables which is what the Irish Open is all about!”

When it comes to the schedule, Dowling is looking forward to the €5k High Roller, €1k Mystery Bounty and €1k PLO in addition to the Main Event. He said: “The €5k is a great addition to the schedule and it’s growing fast. From what I’m hearing, it will be even bigger again next year.” Dowling said he also plans to play a lot of cash games. He added: “There is always a great choice at the event.”

MainEventTravel.com is the official travel partner of The Irish Poker Open and has the best rates available for Dublin Hotels nearby to the RDS. Visit https://irishpokeropen.maineventtravel.com/event/irish-poker-open-2023 for exclusive hotel rates, ATOL protected flights, and Accommodation + Main Event buy-in packages.