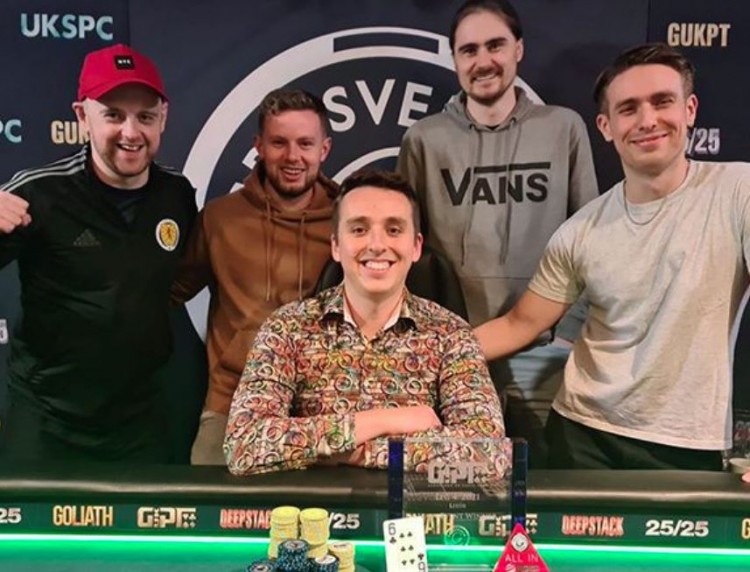 GUKPT Leeds kicks off next week!

One of the most exciting festivals on the Grosvenor UK Poker Tour kicks off next week with the ever-popular GUKPT Leeds. The eagerly-awaited event, which runs from September 22 to October 2, is the first GUKPT since the record-breaking Goliath took place in Coventry a few weeks ago.

MainEventTravel is the GUKPT’s Official Travel Partner and can help you find great accommodation near the festival venue at Grosvenor Casino Leeds Westgate. Leeds is one of the most vibrant cities in the UK with a booming nightlife scene and excellent shopping.

There are more than 16 different tournaments at this season’s GUKPT Leeds but the highlight of the 10-day festival is the £1k GUKPT Leeds Main Event kicks off on September 25. This year’s Main Event features three start flights (including a Day 1c turbo), with two re-entries per flight. All players will receive a 20,000 starting stack with 60-minute levels.

Other highlights on the schedule include the £250 Mini Main tournament, a £1,500 High Roller, a £200 4/5/6 Omaha tourney, a £150 Seniors tournament and numerous satellites. The schedule also features another Mystery Bounty tournament – a £200 + £200 + £40 event which follows hot on the heels of the hugely successful edition at Goliath. Guy Taylor won the Goliath Mystery Bounty for £39,440 plus a further £11,950 in bounties while the top £20k bounty prize went to Natalie Wood-Stoddard along with £3,900 for finishing sixth.

For Grosvenor Ambassador Richard Trigg, GUKPT Leeds represents a chance to become the first player to win four GUKPT Main Events. Trigg, who won GUKPT Blackpool in 2013, Manchester last year and GUKPT Reading in July, said: “Winning four GUKPTs - that’s my goal! There are only three other players in the world who have the GUKPT hat trick – Julian Thew, Ali Mallu and Ben Winsor – so the pressure is on! It would be a dream come true to win GUKPT Leeds.”

Fellow Ambassador Jamie Nixon added: “I’m really looking forward to GUKPT Leeds. It carries happy memories too as I’ve been to two GUKPT Leeds stops in the past. At the first I final tabled the main and the second time I won the Mini Main for £28k. Surely third time lucky and the main event title!?”

Last season’s GUKPT Leeds Main Event was won by rising star Jack Hardcastle. Hardcastle, who defeated a 439-entry field to seize the £72,200 first prize, has enjoyed a sensational run in the last few years including major successes at Grosvenor events. Just a few weeks ago he took down the GUKPT Main Event at Goliath for £125,450 and he was third at the GUKPT Grand Final in London last December for £110,300. His live tournament winnings now exceed $1.3 million.

The GUKPT, now in its 16th season, is Grosvenor Poker’s premier tour and the longest-running poker tour in the UK.

The biggest first prize that Grosvenor has awarded this year is the £200,000 that Kyle Jeffrey pocketed after beating a record field of 10,584 entries to win Goliath X.