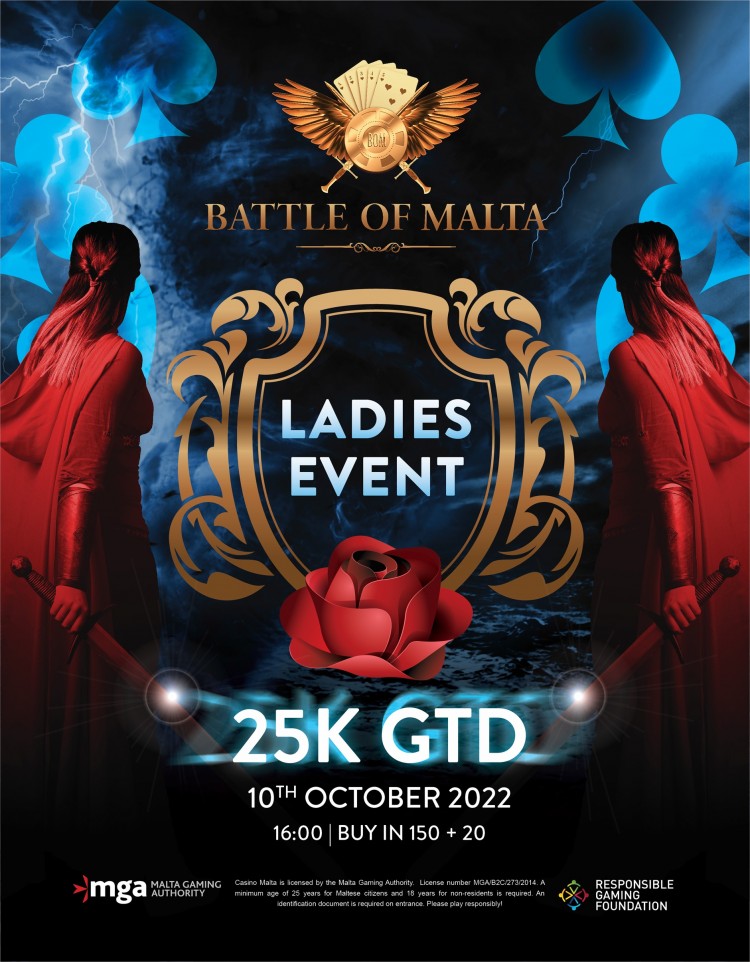 Casino Malta has put a massive guarantee on the Ladies Event when Battle of Malta celebrates its tenth anniversary in October.

For the first time, there will be a €25,000 guaranteed prize pool in the Ladies Event. The popular tournament, which is kicking off at 4pm on October 10, also features an increased buy-in of €150 + €20 this time around. All players receive a 20,000 starting stack and will be playing 20-minute levels.

MainEventTravel has some great special offers for October’s Battle of Malta giving players the chance to stay at the luxurious 5* Intercontinental Hotel for just €200 per night for two people sharing. Head to the Battle of Malta 2022 event page, click 'Find Hotels, Flights and Buy-ins', choose your dates, and click Search. 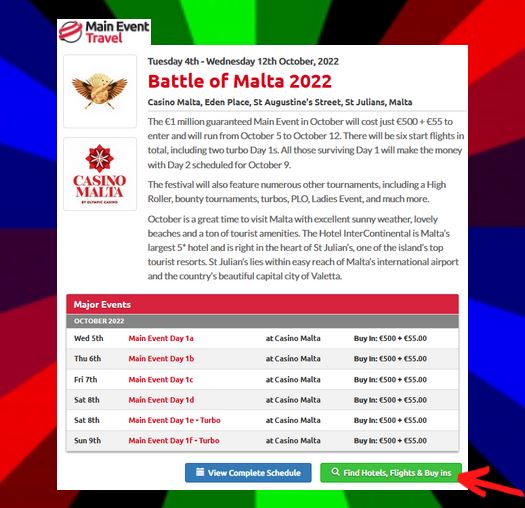 The forthcoming Battle of Malta features a total of 37 tournaments and will take place from October 4 to October 12 at the InterContinental Conference Centre in the buzzing tourist resort of St Julian’s. In addition to the flagship €1 million guarantee Main Event, Battle of Malta will also include dozens of other tournaments ranging from €65 buy-in turbo satellites right up to the €1,100 High Roller.

The Autumn festival follows both the hugely successful Spring edition of the Battle of Malta in April and an online edition in July hosted by GGPoker.

Casino Malta, which hosts Battle of Malta, said: “We’re delighted to be offering a really big guarantee for the Ladies Event at October’s Battle of Malta. Ladies have a big role to play in live poker and we want to see as many as possible taking part in this fun event. The €25k guarantee is certain to appeal to a large number of entrants.”

The Battle of Malta – a former “Event of the Year” at the European Poker Awards – was launched in 2022 and is now widely regarded as the best poker festival on the continent for low to mid-stakes poker players. Malta is a superb destination with more than 300 days of sunshine every year, gorgeous beaches and a thriving nightlife scene in St Julian’s. The resort has a wealth of amenities including clubs, restaurants, cafes and bars while the Hotel InterContinental, where the festival is held, is Malta’s largest 5* hotel. 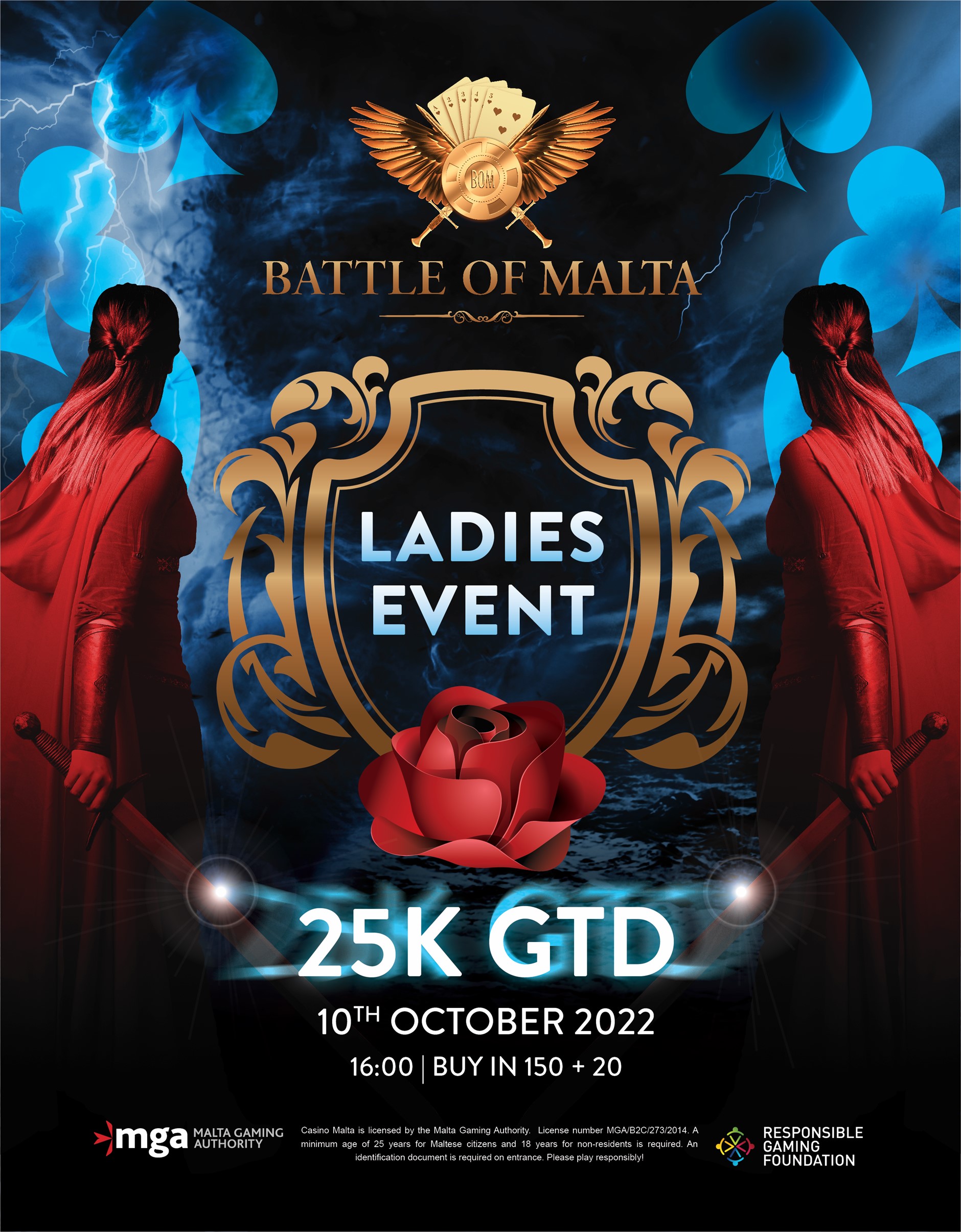