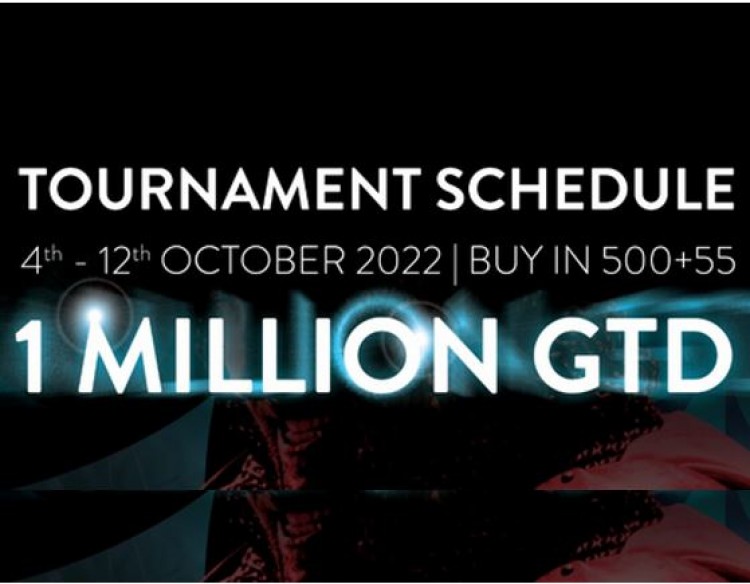 The full schedule for the October edition of the Battle of Malta has now been released and it’s pretty spectacular.  The popular festival features a total of 37 different tournaments at the InterContinental Conference Centre in St Julian’s and runs from October 4 to October 12.

In addition to the flagship €1 million guaranteed Main Event, Battle of Malta will also include dozens of other tournaments ranging from €65 buy-in turbo satellites right up to the €1,100 High Roller. The Autumn festival follows the hugely successful live Battle of Malta event which took place in April as well as an online edition hosted on GGPoker last month.

Once again, Battle of Malta has joined forces with MainEventTravel to provide players with a one-stop shop for booking flights, accommodation and Main Event buy-ins. As well as ensuring that you secure your room at the Intercontinental Hotel - Malta’s largest 5* hotel - you can also buy in direct for any of the six start flights for the €555 buy-in Battle of Malta Main Event.

MainEventTravel also has Special Offer Packages including five and six nights' Accommodation + Main Event Buy-In for €200 per room per night for two people sharing – including breakfast and free Wi-fi.

Each Day 1 gives players a 25,000 starting stack and 40-minute levels (or 20 minutes for the final Day 1e and Day 1f turbos) and will play down to 15% of the field – with all survivors making the money.

In addition to the Main Event and the €1,100 High Roller, other events on the October schedule include the Battle of Malta’s first Mystery Bounty tournament, a bunch of super satellites, a PLO tournament and a €110 Ladies event.

The recent online festival on GGPoker was also a big success featuring 18 different tournaments with Alister333" from Montenegro winning the Main Event for €395,747. GGPoker is a long-time partner of Casino Malta after hosting two online Battle of Malta festivals during the pandemic.

Casino Malta, which hosts Battle of Malta, said: “The Battle of Malta in October is set to be our biggest yet. The turn-out for the Spring edition was truly fantastic and we are certain to top those numbers this October. There is huge excitement about the €1 million guaranteed Main Event but the schedule is also packed with side events, not to mention our round-the-clock cash games at Casino Malta so it’s going to be a very fun event.”

The Battle of Malta – a former “Event of the Year” at the European Poker Awards – is widely regarded as the best poker festival on the continent for low to mid-stakes poker players. Malta is a superb destination with more than 300 days of sunshine every year, gorgeous beaches and a thriving nightlife scene in St Julian’s. The resort has a wealth of amenities including clubs, restaurants, cafes and bars while the Hotel InterContinental, where the festival is held, is Malta’s largest 5* hotel.

See the full schedule at MainEventTravel.